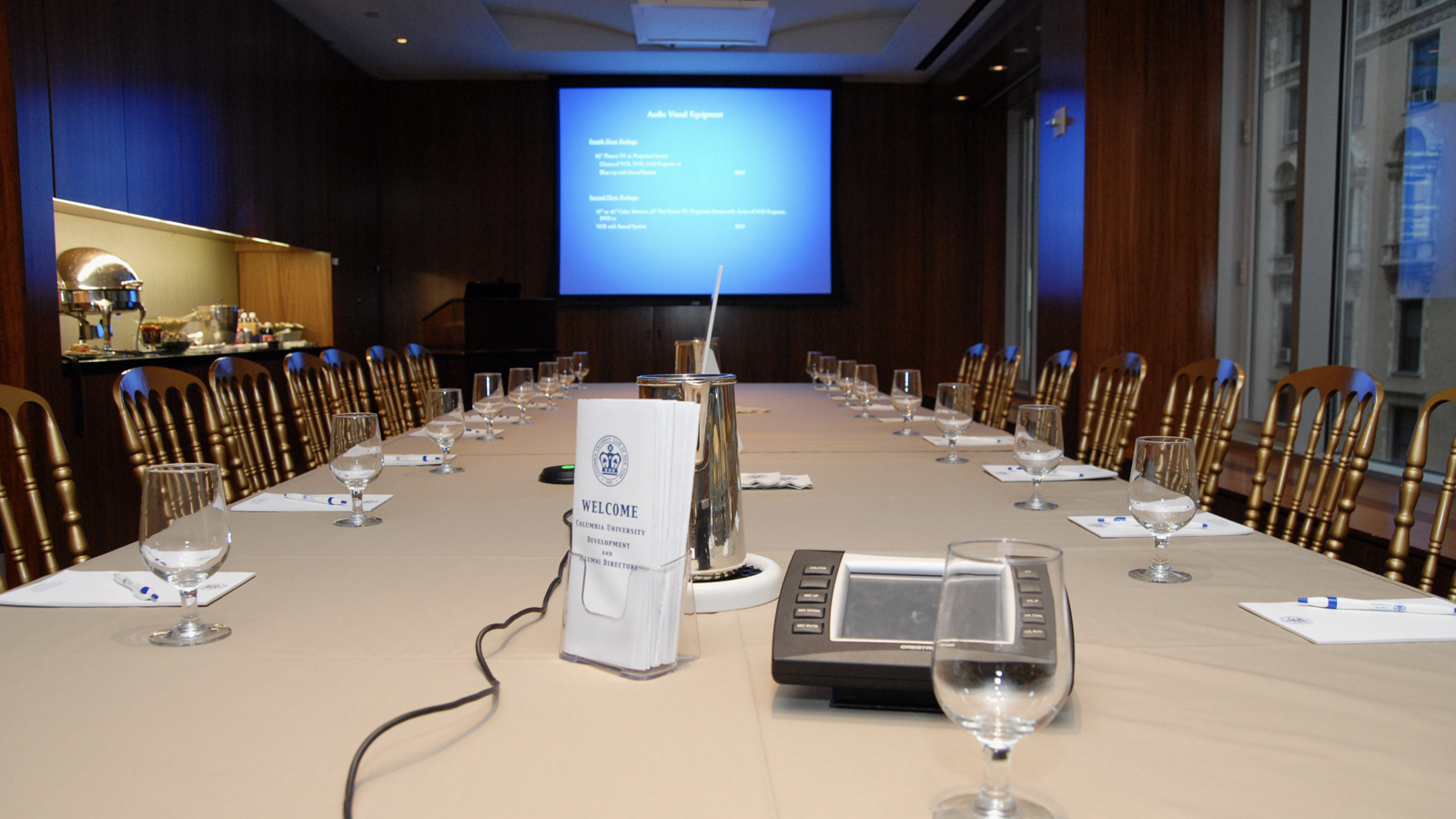 When it comes to Active components, here Middle East Company MEC comes to be expert in solution design for switching, routing, firewall, storage, servers and virtualizations. Provide fully secure, monitored and uninterrupted access to all your data and devices. 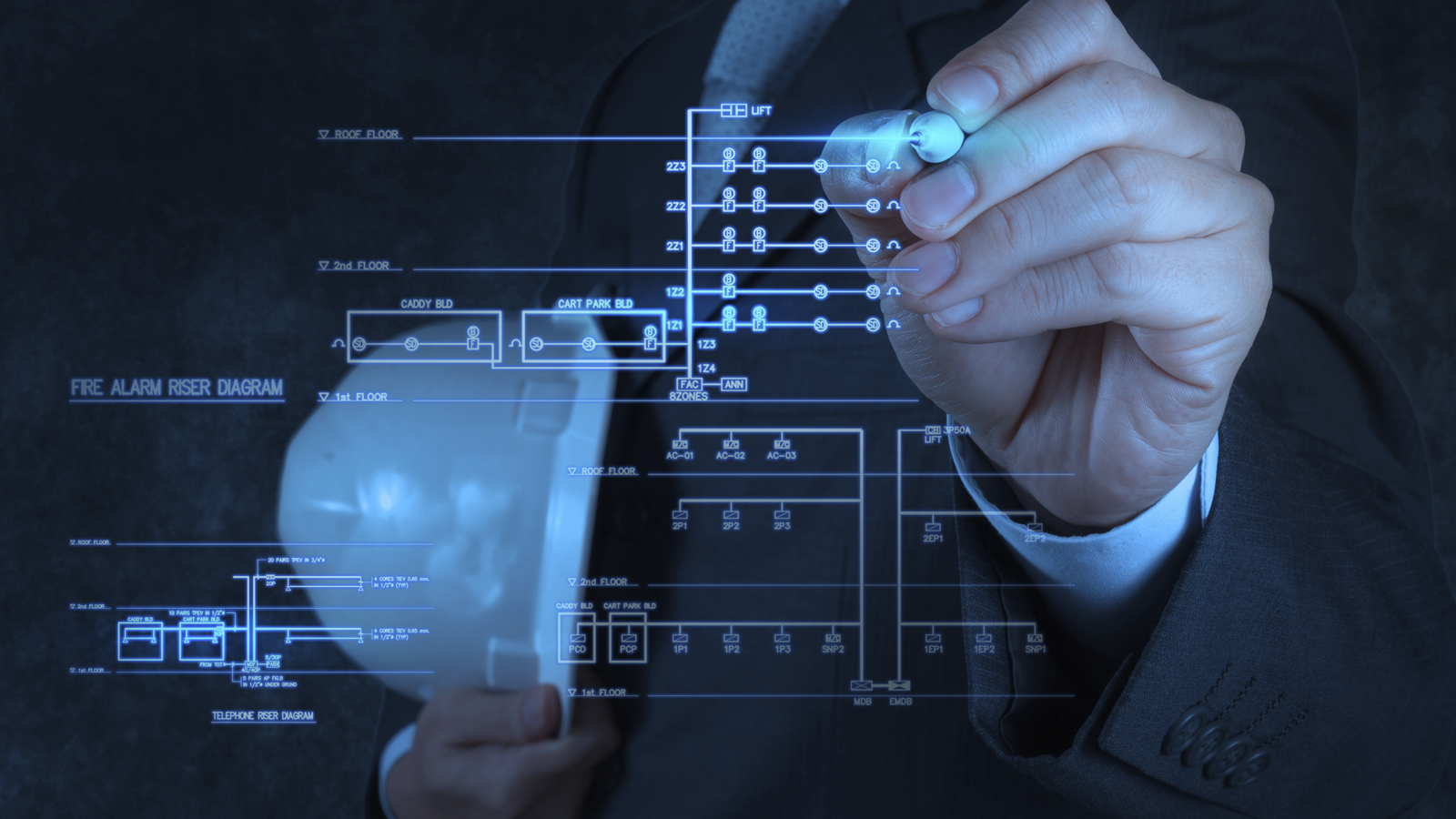 Screens specifically designed for use in video walls usually have narrow bezels in order to minimize the gap between active display areas, and are built with long-term serviceability in mind. Such screens often contain the hardware necessary to stack similar screens together, along with connections to daisy chain power, video, and command signals between screens. A command signal may, for example, power all screens in the video wall on or off, or calibrate the brightness of a single screen after bulb replacement.

Reasons for using a video wall instead of a single large screen can include the ability to customize tile layouts, greater screen area per unit cost, and greater pixel density per unit cost, due to the economics of manufacturing single screens which are unusual in shape, size, or resolution.

Video walls are not limited to a single purpose but are now being used in dozens of different applications. The global video wall market is expected to double by 2020 as technology continues to advance.

Digital signage is a sub segment of signage. Digital signage use technologies such as LCD, LED and Projection to display content such as digital images, video, streaming media, and information. Middle East Company MEC gives the perfect solution for Digital Signage as we are expert to provide the best solution as per customer requirements and site location.

Digital signs are used for many different purposes and there is no definitive list. However, below are some of the most common applications of digital sign: 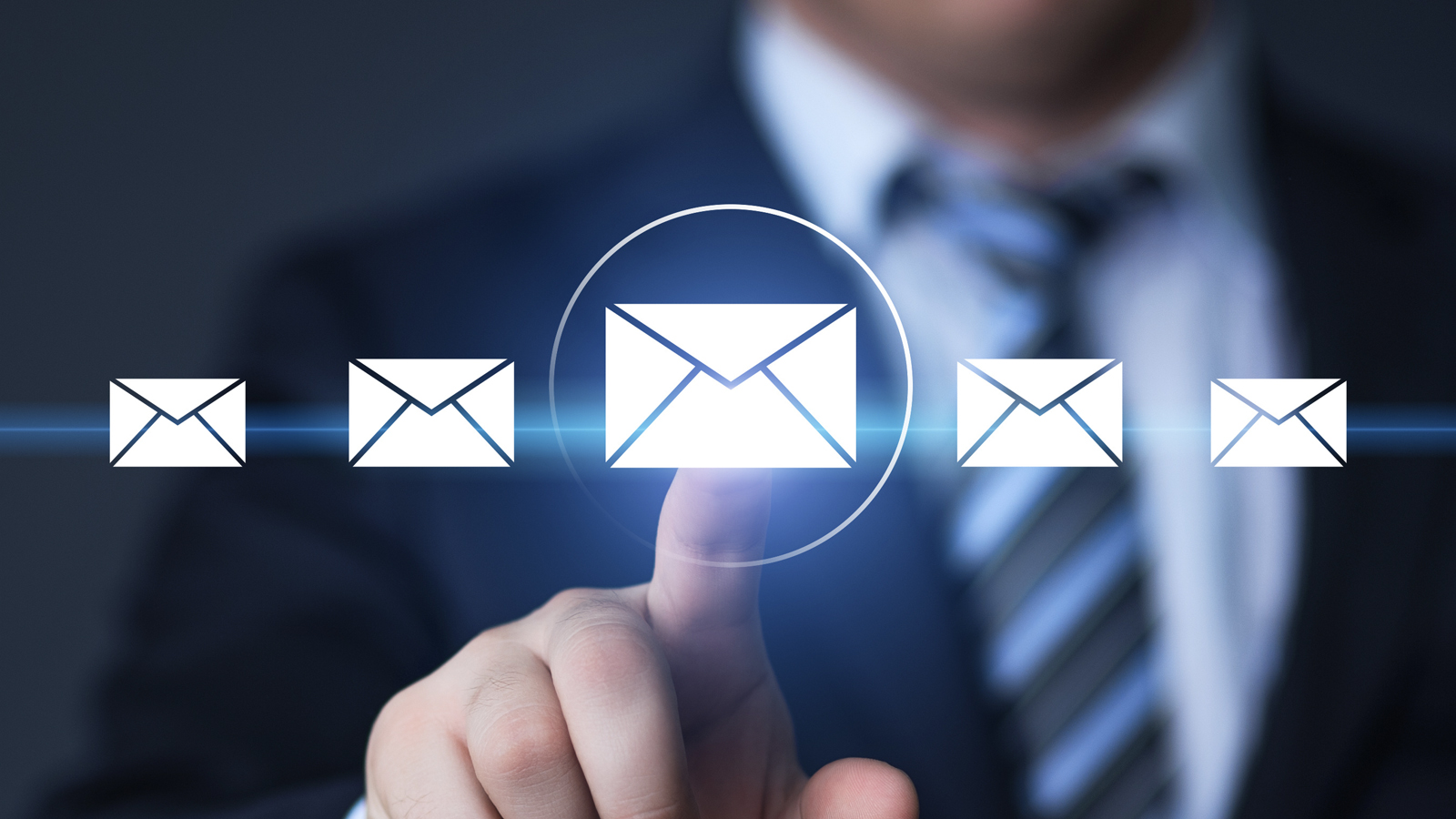 In today’s busy world, to easily grab anybody’s attention messaging is the most reliable way to connect. In fact, SMS is the most used feature on phones after the call option, so for all businesses that want to reach their customers SMS is the only easy and cost effective way.

MEC mobile services cloud covers over 800 mobile networks across 190 countries. We offer a set of professional applications and high-level education and 24/7 technical support. We deliver SMS messages to 190 countries over an easy to use web interface available in 18 languages Send notifications, advertise and alert with our fully featured Bulk SMS.

MEC SMS Panel is a collection of messaging applications with rich options, detailed reporting and statistics and diverse payments possibilities.

Deliver messages from your computer or server quickly and easily, through the world’s largest SMS messaging network built and operated by industry experts. Our SMS solutions varies as 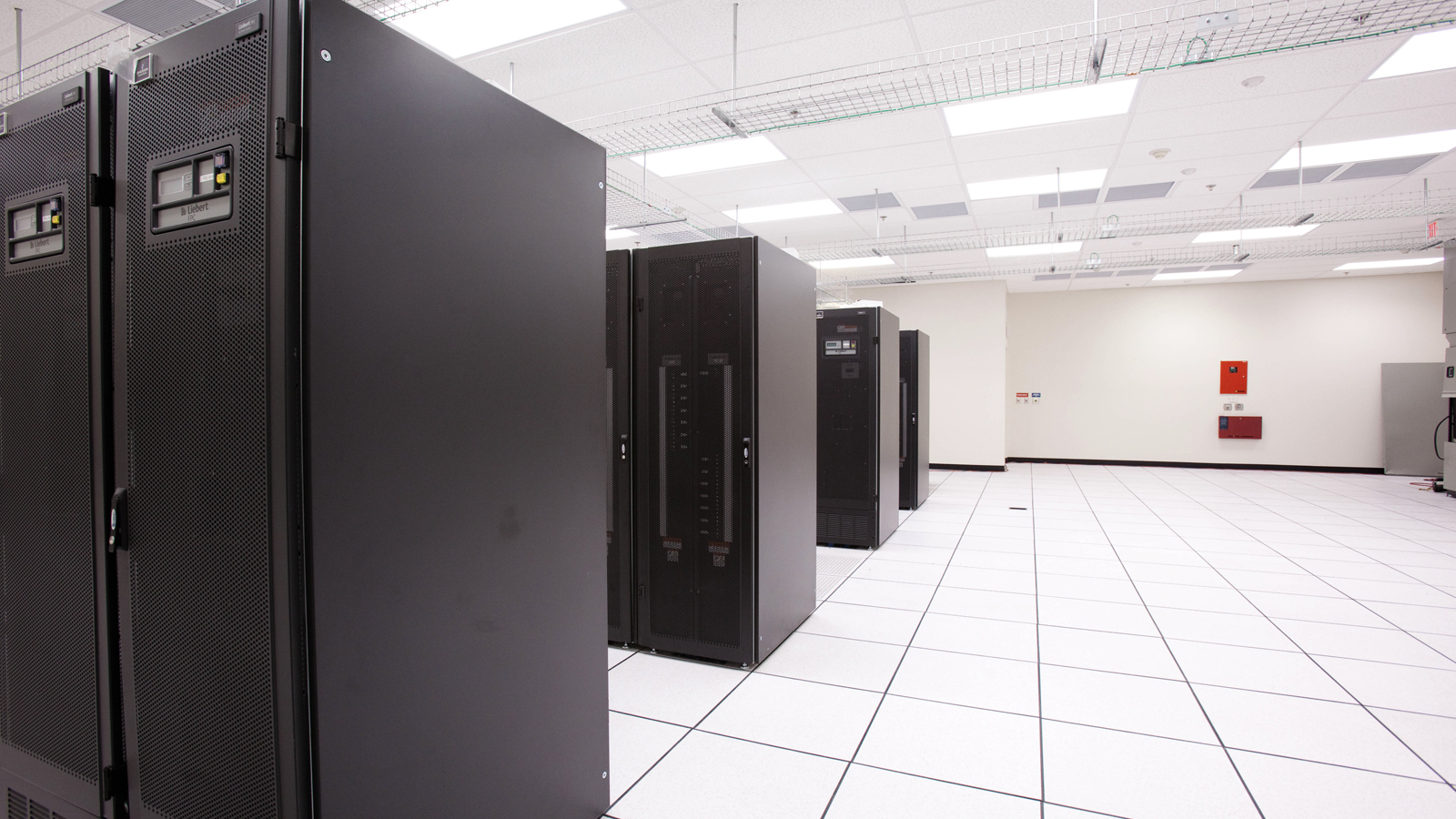 When it comes to datacenter, MEC has the wide experience in designing and implementing a full datacenter such as Cooling Units (CCU), UPS, FM200, Environmental Control System, Rack containment, Rack to Rack Cabling, etc… This will allow the client to have a proper and safe datacenter that can mount all the passive and active components. 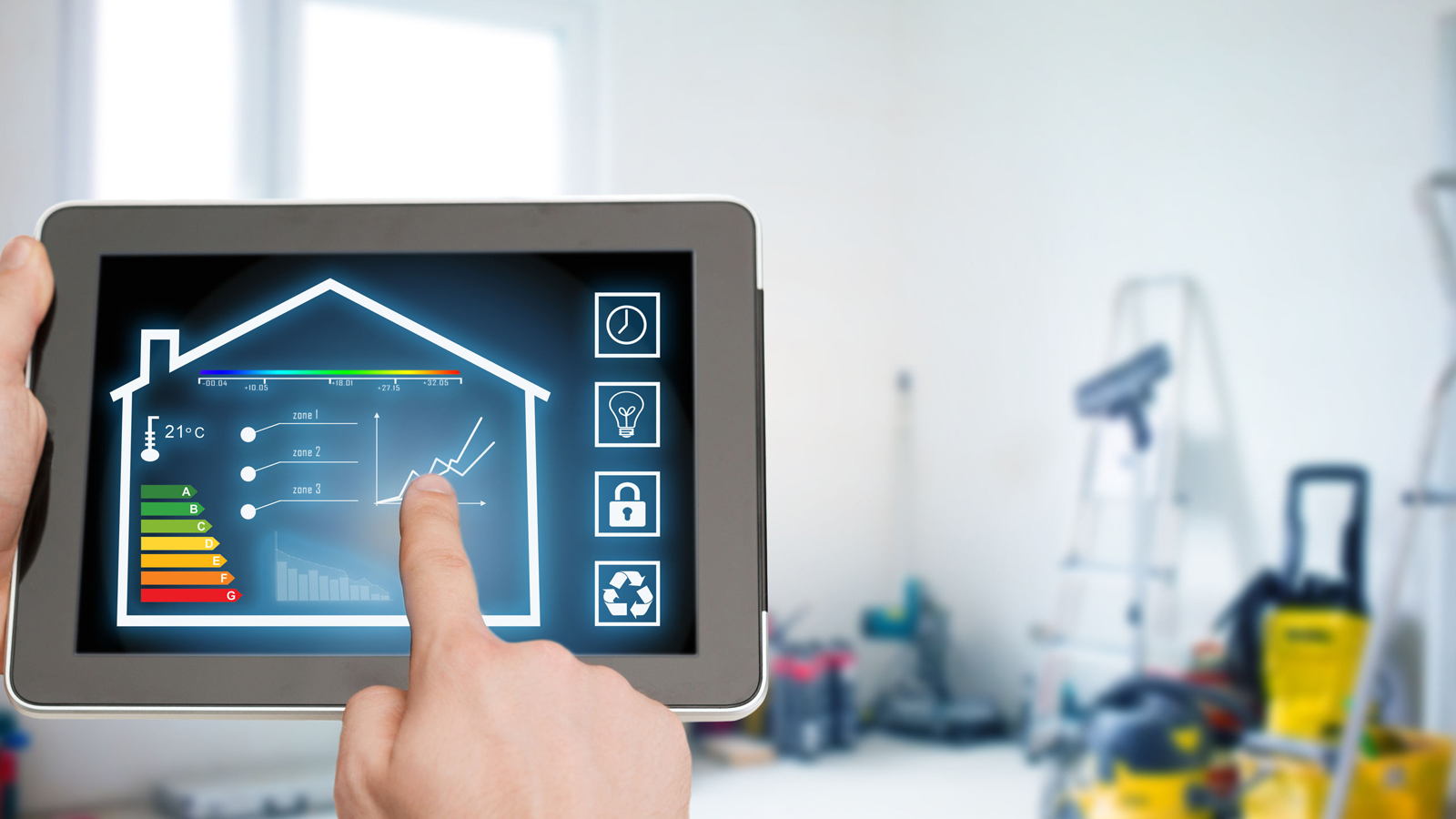 A building management system (BMS), otherwise known as a building automation system (BAS), is a computer-based control system installed in buildings that controls and monitors the building’s mechanical and electrical equipment such as ventilation, lighting, power systems, fire systems, and security systems.

A BMS consists of software and hardware; the software program, usually configured in a hierarchical manner, can be proprietary, using such protocols as C-Bus, Profibus, and so on. Vendors are also producing BMSs that integrate using Internet protocols and open standards such as DeviceNet, SOAP, XML, BACnet. Example of systems can be integrated to each other, monitored and controlled by BMS: 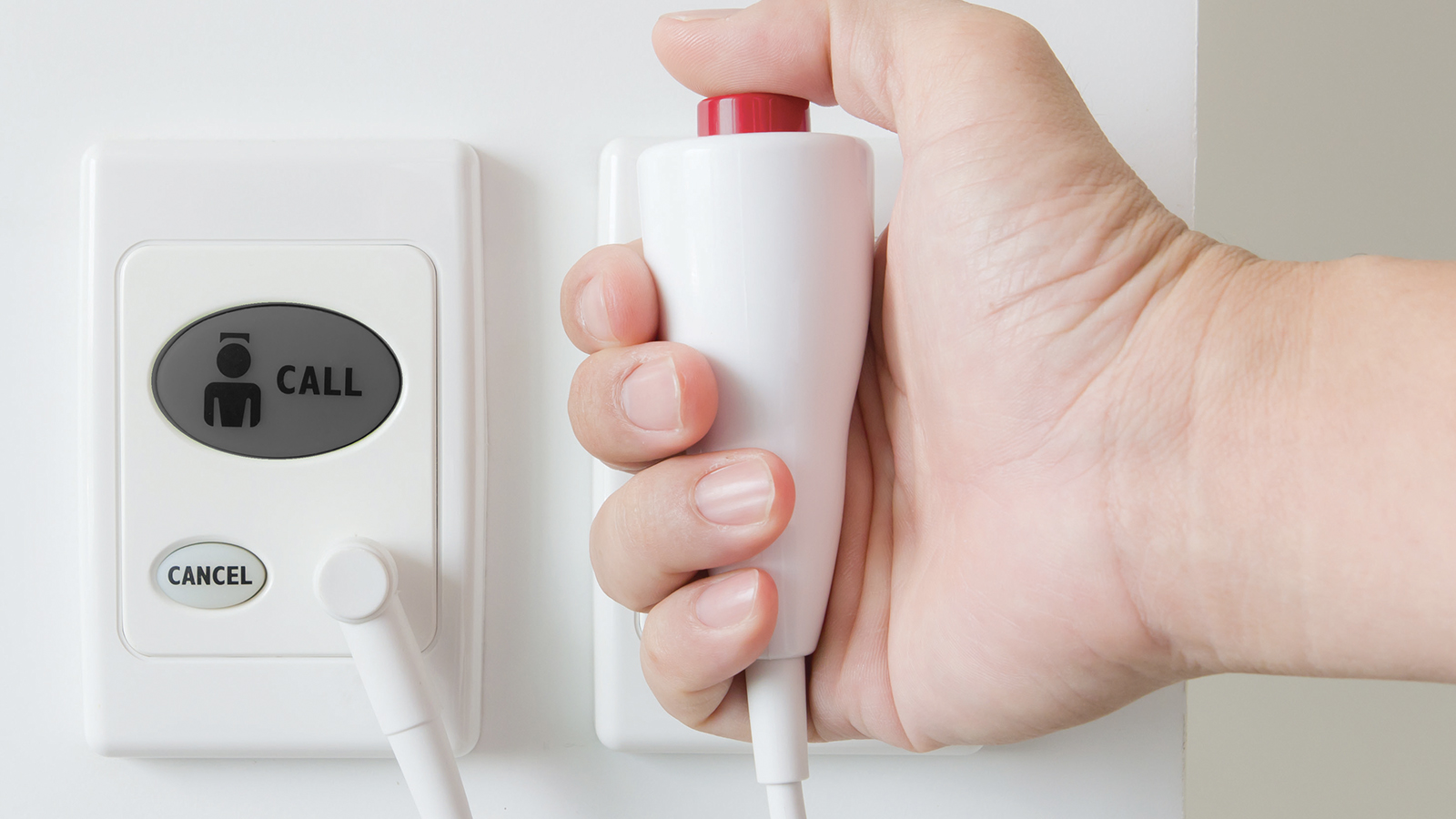 Are telecommunications systems that act as a means of communication transmission between the nursing staff and patients within the healthcare facility. Because these devices are connected to the wall of the facility and not actual medical devices it is the responsibility of facilities management to maintain and repair these communication systems. 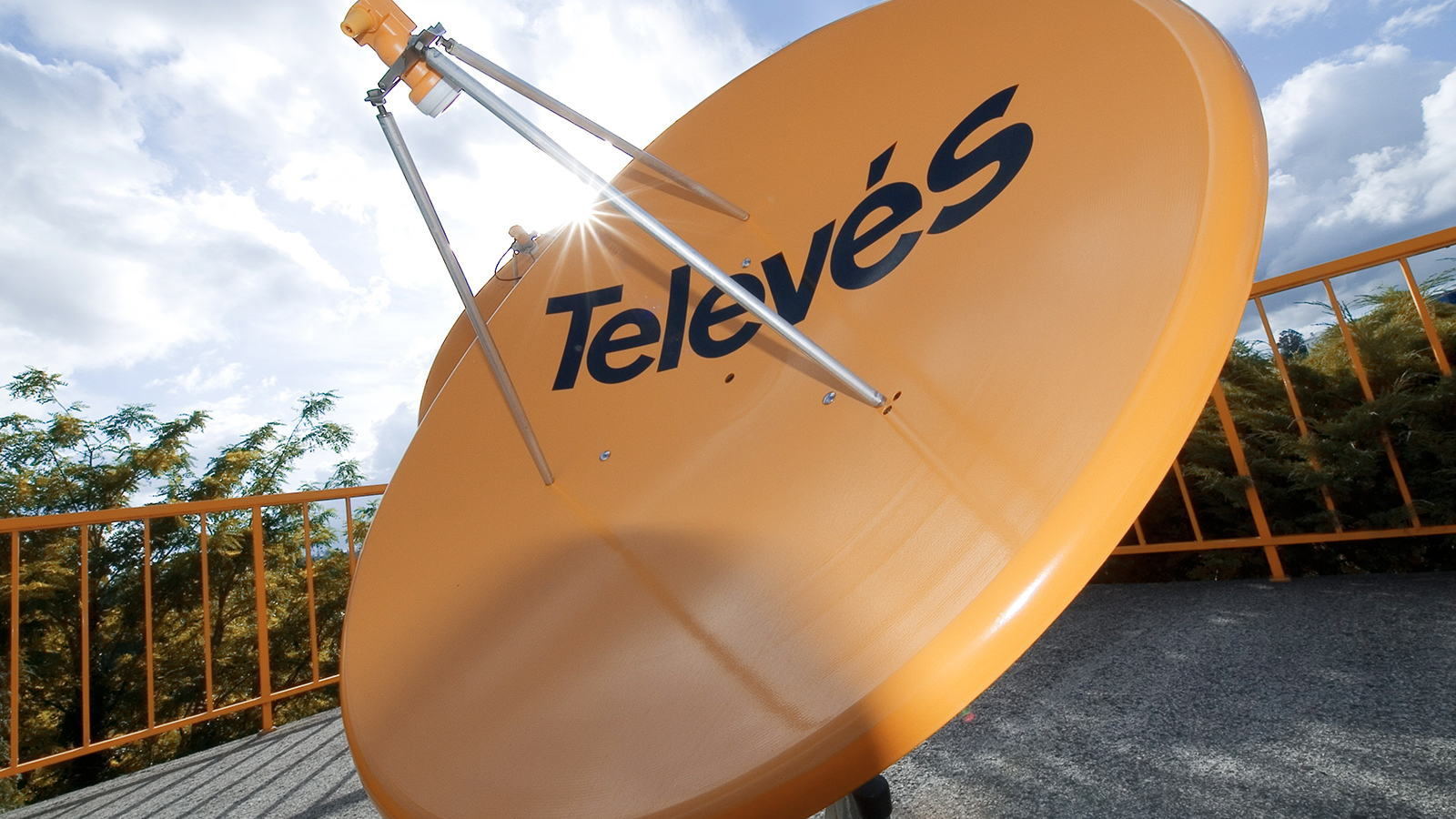 Satellite system is mandatory nowadays at all the buildings, so that Single Master Antenna Television System (SMATV) is there with MEC expertise to implement this system to have the ability to watch TV channels using ARABSAT, NILESAT, and HOTBIRDS.

Middle East Company MEC can provide this kind of system not in easy manner but also for complex need using IF, RF and also IPTV System for hotels, hospitals and others.
Reputed brands are there to server the clients such: 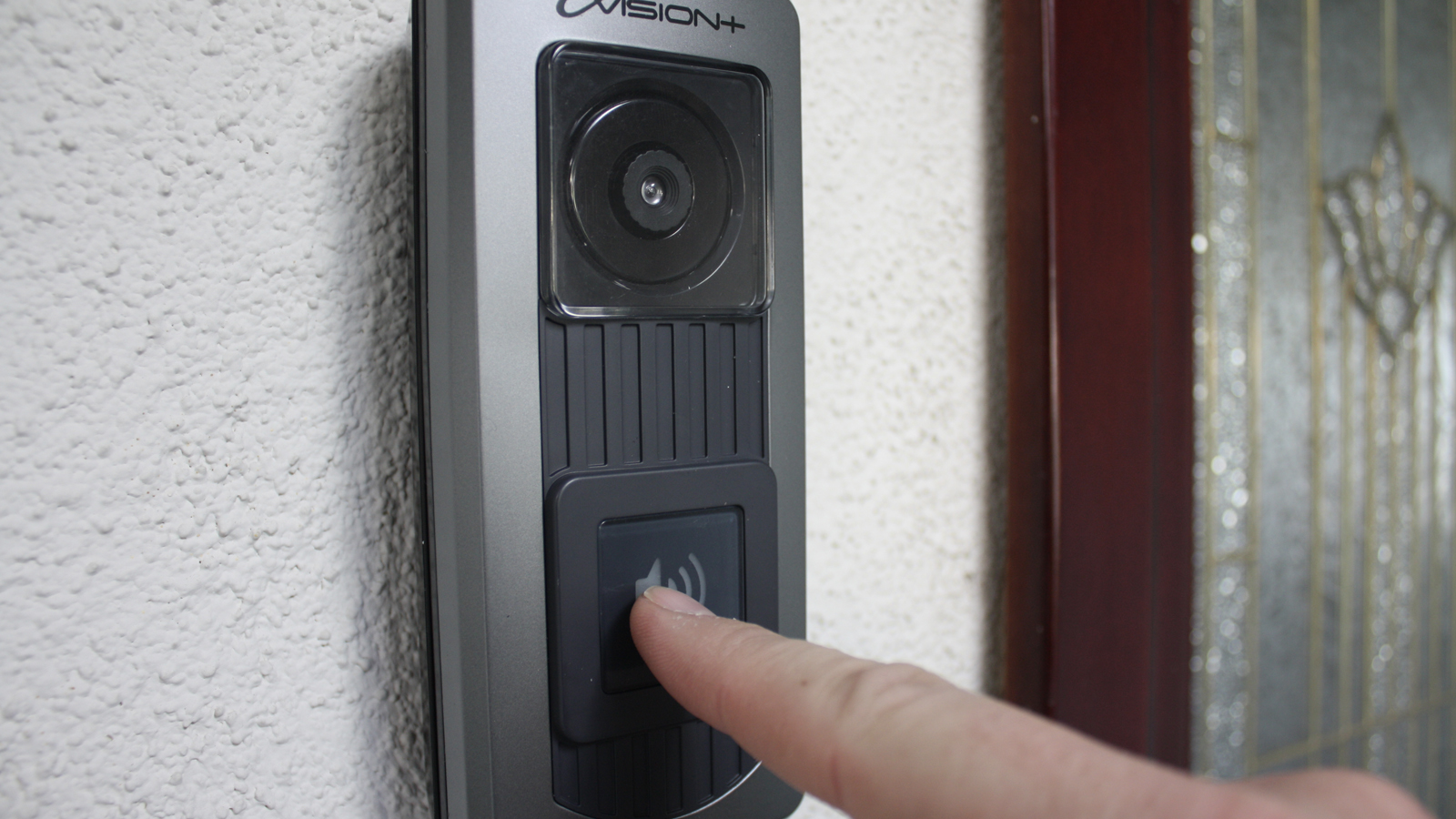 Intercom System Abu DhabiBuildings, Villas and other entities in need for “Intercom System” to communicate between visitors and tenants. It is a both way of communication between two parties expressing the Audio and Video to call apartments.

MECUAE have done several types of projects using many brands such as:

Securing Building parking, Villa’s, and Mall’s exit and entrance nowadays became more popular. All the entities who have private parking keen to have “Gate Barrier System” to organize and secure their parking by monitoring IN/OUT cars.

Audio Visual System simply it is the process of Audio and Video components as the same time, it is not that simple to aggregate all the components to work with each other achieving high quality of voice and video using their components like projector, speakers, screens, etc…

MEC became one of the experts in this field to express the business presentations using web streaming and other projection methodologies at schools, universities, and meeting rooms applied the high techniques of video conferencing. We also deal with a very respective and reliable brand such as:

When Middle East Comapny talks about sounding and multiple music or announcing channels, here it decided to be a professional in PA system. We have designed and implemented sophisticated PA system segmenting it to multiple zones as per the clients’ needs.

Although, we have the ability to integrate the Public Address System with different systems such as fire alarm, Trojan alarm, AV systems and others, Our team is well qualified in designing, implementing and commissioning of different type of projects such as: Residential, Commercial, Education, etc… with a proven history from well-known brands such as: 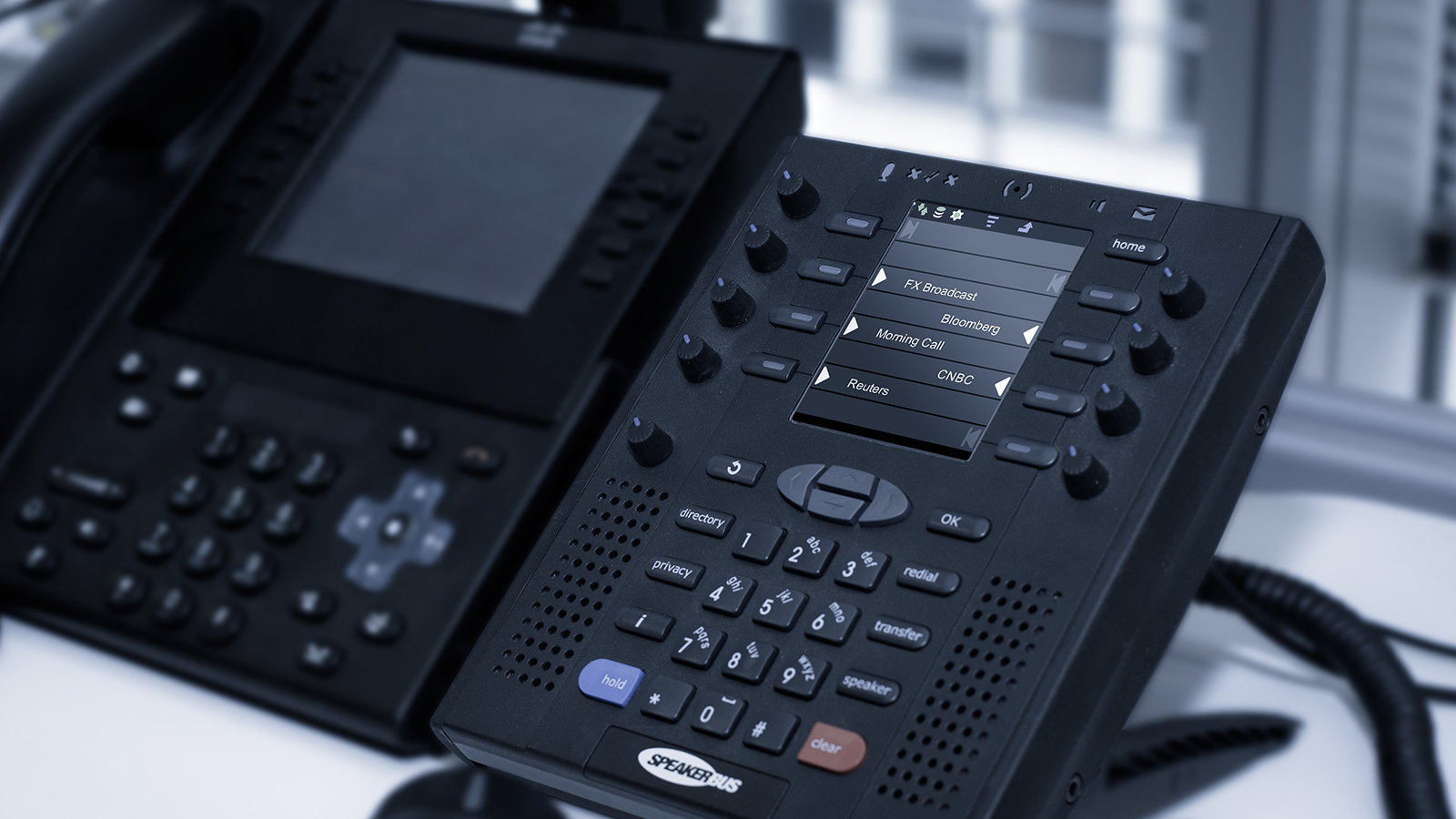 Middle East Company MECUAE is specialized in providing and supporting telephone system integrated with hotel management system, POS system and call center system. It is also aggregate and communicate with multi branches using the benefit of local calls fees and also you can travel with your office extension number anywhere.

Brands Certified and partner with: 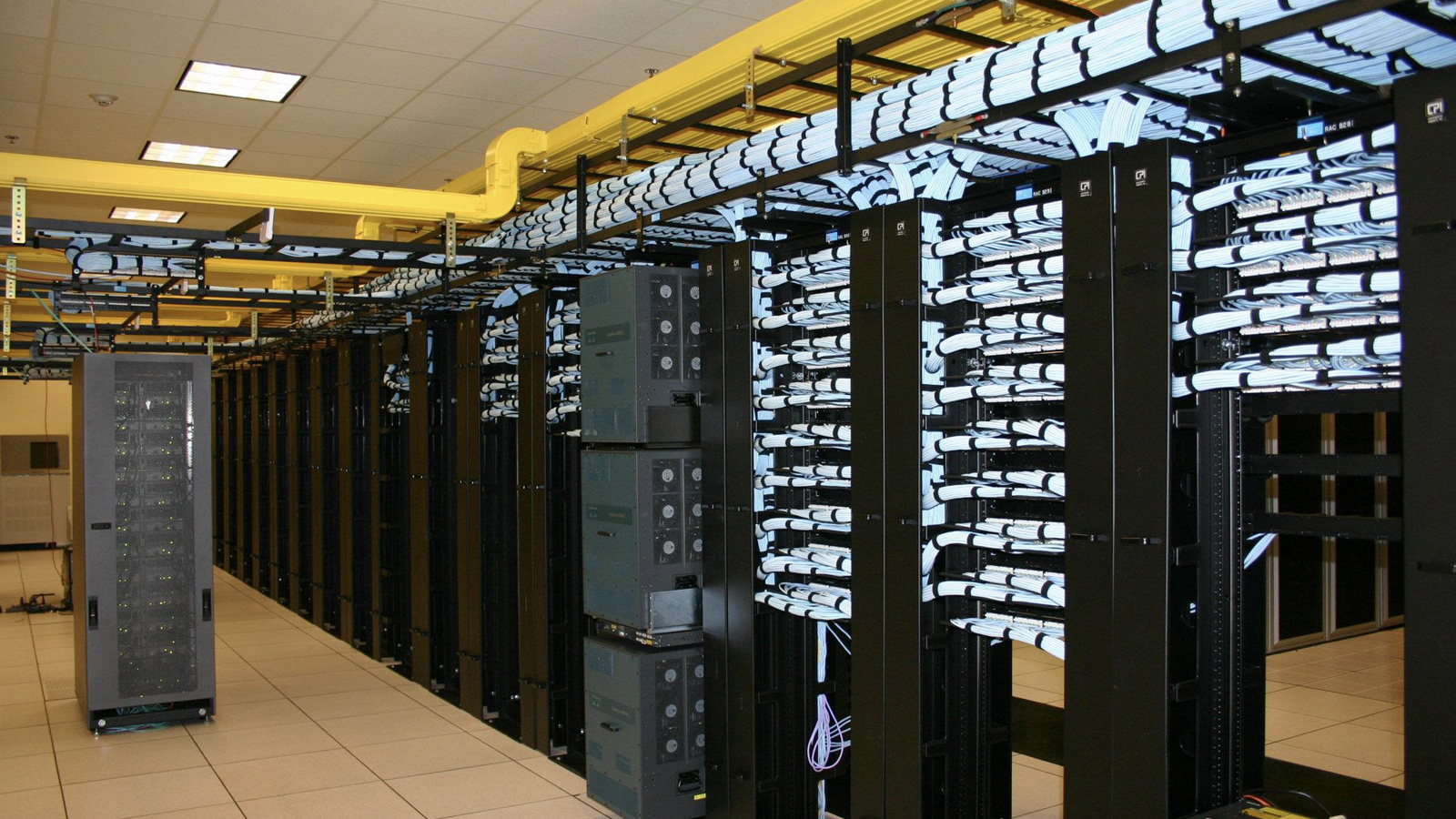 When building the CCTV Security System, Access Control, Telephone, etc. there is, need to have a solid and proper network infrastructure to run on the top of it.

Middle East Company MECUAE is specialized in designing and implementing a solid Structured Cabling System such as: CAT6, CAT6A, and CAT7. This is called horizontal solutions, but we do not forget the vertical communication, so we also became experts in Copper and fibber working together to achieve connectivity. It has covered the majority of the fields such: Hotels, Hospitals, Schools, Multi-storey building, etc.

MEC implemented different types of projects applying the FTTH solutions as per high standards and regulations for Etisalat & Du. 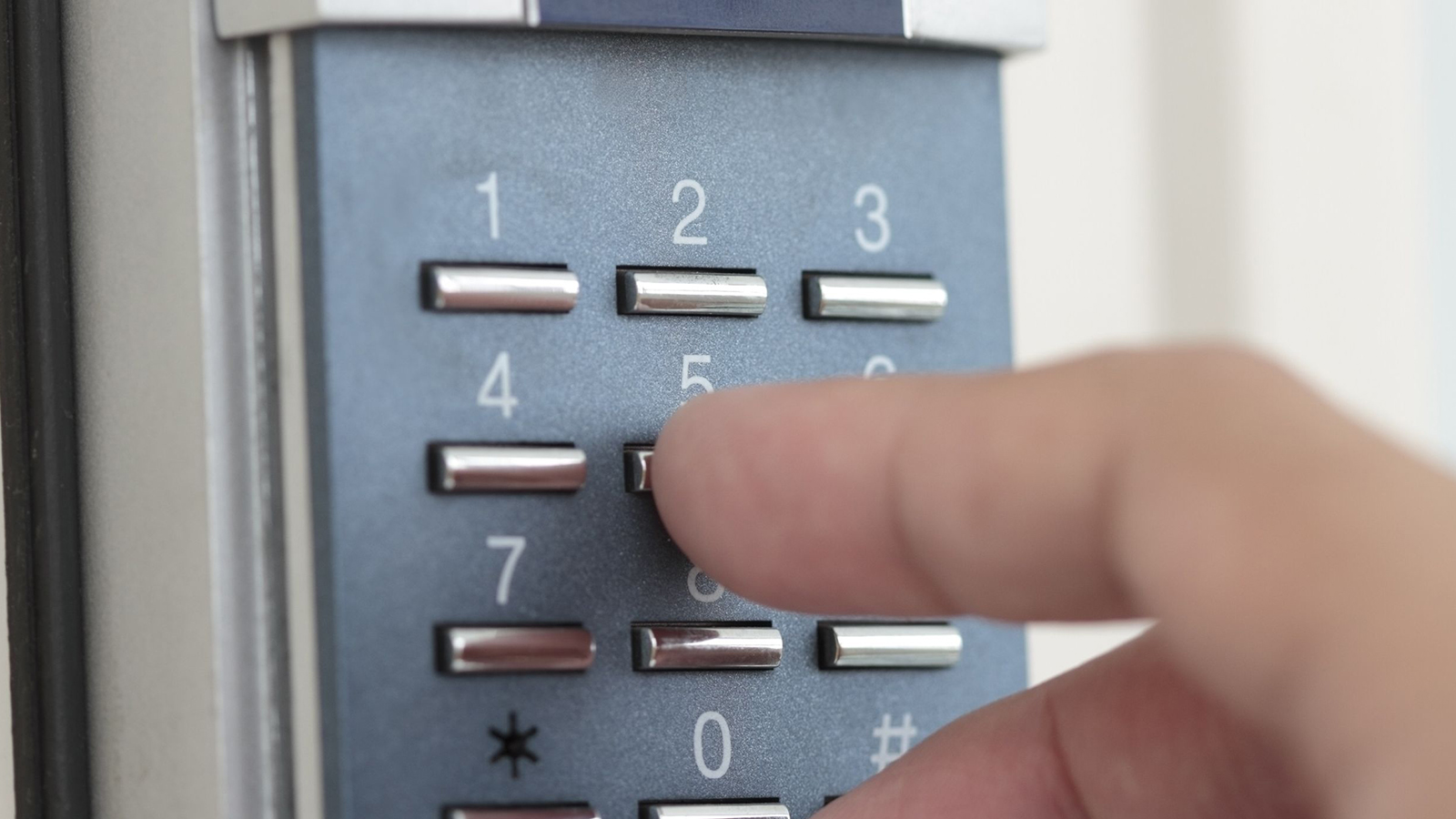 In the fields of physical and information security, Access Control System is the selective restriction of access to a place or other resources. The act of accessing may mean consuming, entering, or using permission to access a resource is called “Authorization”.

We decided to be very selective with the brands we deal with, to have the ability to deliver a reliable full solution to clients It does not matter what the situation is, we are always ready to find the proper and solid solutions on how to deal with multi system functioning as a one system.

The brands that we became expert with: 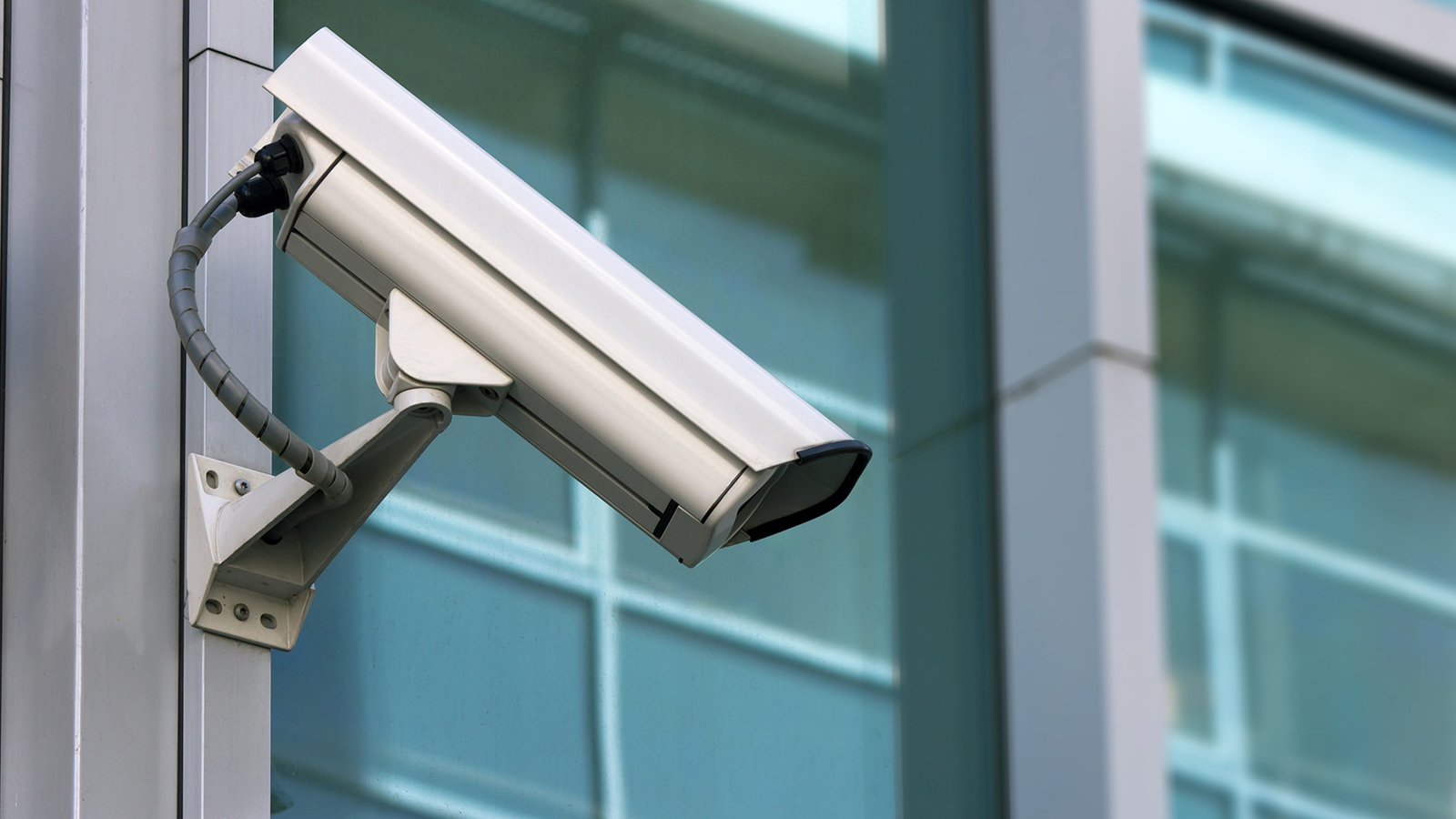 MEC has become a legend in the Surveillance Systems. It has a strong and wide history of designing and implementing huge scale of projects as per the standards and specifications.

The projects have Middle East Company (MECUAE) involved and participated with are not just normal surveillance systems, but also they are an integration of aggregated systems to the functioning and synchronizing to achieve system unity.

MEC has a proof of concept (POC) to a “rapid deployment system” a self-confident CCTV Security System that can be implemented within minutes to serve the construction companies while doing the construction work to protect the loading, unloading, materials and watch the progress of each project in details.

We are partner with the variety of brands to serve all the levels such as: